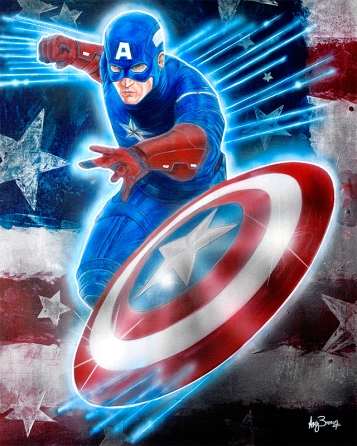 When it comes to the vast majority of Christian media out in the market for consumption, I do not hold a popular opinion. The opinion I hold is not flattering and garners a lot of reaction from many of my Christian friends. I dislike – no, I strongly disapprove of – the vast majority of the material Christians are putting out into the theaters, radio, iTunes, and books. The reason is simple: It lacks essential truth and it lacks quality content.

From the beginning of Christianity, there has been the struggle of how to share the gospel with the world without being unnecessarily standoffish. I actually agree with this philosophy. The gospel is what gives hope or offends; we do not need to add to the offense because of our immaturity. BUT…we also cannot water down the gospel to make it more palatable for the unsaved world.

Many Christians would, on the surface, agree with me on this principle. However, in practice, this has played out very differently. For example, I have a hard time listening to a Christian radio station due mostly to the theology, or lack thereof, coming out of my speakers. I do also have an issue with the quality of music on many mainstream Christian radio stations, though, I will admit, it has been getting better over the past 10 years – slowly.

This is not an indictment on all Christian artists, as there is a lot of good quality music – theology aside for a moment – that is not played on the radio. My sentiments also apply to the movies that Christians are producing.

There are two main problems that are evident to me:

1.There is a serious lack of good, Biblical theology being presented in these mediums.

2.The overall production and artistic quality of these materials is embarrassing.

Concerning point 2: I will briefly touch on this. Our testimony as Christians is tied to what we do. If we produce sub-par content, we hurt our mission of spreading the kingdom. If Christians only did color-by-number Christian-themed paintings and tried to have them hung in an art museum beside great works of art by secular artists, we would have unnecessarily brought offense to the gospel. This is the way much of the mainstream Christian media has been perceived by the secular world (in terms of quality) and, I would argue, correctly so.

I will be the first to admit it is getting better, but I will also say we should never have been putting out material that was of poor quality to begin with. I will also say I am glad there is a heart for this type of evangelizing – that is to say, using modern media– and that there is an acknowledgment that the quality needs to be better. Still, we need to be improving quicker, and we cannot be sacrificing theological content to do so.

To point 1: For those of you who react to the word theology, thinking it is some kind of thing only those “intellectual Christians who do not actually evangelize” do, I will first say that that is an incorrect perception. But secondly, I will reword and say that the message of these mediums is weak. This has typically been done so that the message will be more palatable for the unsaved world.

There is this idea that we can take the Bible out of the Christian principles and still have the principles. It is true that it is still wrong to steal whether you say, “God commands mankind not to steal,” or if you just say, “Stealing is wrong.” The problem is, you have stripped away the authority behind the morality. Try to explain why stealing is wrong without God. Because it is detrimental to society? Says who?  Probably the person you stole from – but so what? Who cares? As a Christian, we cannot simply revert to social contract theories. I will write another post on the grounding of morality in the future, so know that I understand I am oversimplifying and leaving a lot unsaid on this topic. For now, understand that this kind of teaching has opened the floodgates for secular humanism to impose its postmodern ideas of relative truth. It is not enough to say something is wrong without stating the transcendent authority behind why the thing is wrong.

It was made incredibly evident to me that we have watered down the content of the Christian message to almost non-existent proportions when I was seeing Christians actually get excited when Captain America, said “There is only one God, and I’m pretty sure he doesn’t look like that.” Yay!!! God was mentioned in a non-Christian movie! Please, Captain America is not a Christian. His character is a portrayal of a person who grew up in a time when the majority of Americans would have identified as Christians who believed in God, but this belief was more tied to the idea of patriotism and a cultural identity  than to a strong Christian belief system and true Christian Body life.

I do not deny that the WWII era was more culturally Christian, but a modern parallel is the southern culture in America. Just because everyone believes in God and goes to church does not a strong actually Christian society make. If we have a nominal understanding of the Bible and functionally live as if Christianity is a once-a-week event instead of being the essence of our entire lives, then there is no comparison to the Christianity of the Bible. I think I can say with confidence that Paul would have been very disapproving of American Christianity, even from the greatest generation.

The reason we get so excited when we even just hear God mentioned in the mainstream is because there is such a famine of Christianity in our culture that we jump at anything. We have a lot of blame to shoulder for this. The material we believers have been putting out has progressively been removing strong Christian truths in a bait-and-switch evangelistic methodology. “Get them in with a feel-good story, then we will give them the real stuff.” The problem is, we never get to the “real stuff.” Watered-down messages do not draw the unbelievers; they undermine the believers.

I am resisting giving specific examples of songs and movies (currently) because I want people to have principles to apply to what they listen to and watch. If I start naming specific movies, some readers will ignore what I am trying to communicate because I am attacking things that have emotionally impacted them.

On that note, I am not at all saying that God cannot, and has not, used these materials to His glory. He uses us fallen human beings to spread His kingdom, so I firmly believe that He can use any defective thing he finds on the side of the road to bring Him glory and accomplish His purposes. That does not mean we do not try as hard as possible to do our best and to put out the best material we can. Yes, “all our righteousness is as filthy rags,” but we are called to holiness. Yes, it is not our works that save us or determine our value before God, but faith without works is dead.

Here are a couple good principles to filter your media through:

Call me critical, but please understand that my desire is that we use these mediums and use them well. I want the same thing the people who make these songs and movies want, and that is the spreading of the gospel and exhortation of the Body. If we do not produce quality products, though, they become a detriment to that goal instead of an effective medium.

This is true of any other scenario. You will not go to a restaurant that has bad food, you will not buy from a store that has bad products, and the reputation of those establishments has been established by the quality of their goods.

I apologize if I sound like a curmudgeon; that is not my goal. I love music, and I love movies. I want to be able to enjoy Christian material in these mediums and share them to encourage other believers, and I want to be able to use these mediums as materials for the lost world. Right now, there is little in the main stream that I can in good conscience use for either of those purposes.

And as always, please feel free to comment or ask questions in the comments section below!

Center for the Study of New Testament Manuscripts

Giving a defense of the Christian faith, one relationship at a time

The Practical Intersection of Philosophy, Science and Everyday Life

A place where important conversations continue

Illuminating film through the lens of Scripture