On this episode, we bring on Pastor Chris to discuss the Lord’s Supper and what it means. We also discuss different denominations perspectives. 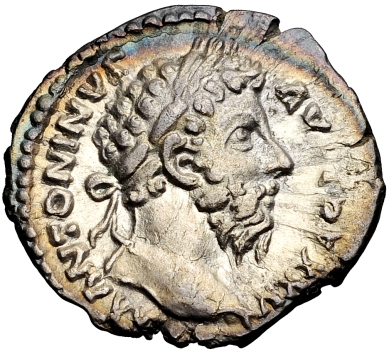 “He is the radiance of the glory of God and the exact imprint of His nature, and He upholds the universe by the word of His power…” Hebrews 1:3

When you think of an image or reflection of something, perhaps you envision a reflection in the water. The picture is there but blurred like an Impressionist’s painting. Or maybe you think of a mirror- a clear, sharp reflection. But no matter the perfection of the reflection, neither of those are actually you. They are you of a short, but hollow-completely devoid of substance.

What about a coin? It bears the image of the person or government it belongs to, giving it some sort of substance and it is given some value because of the image-but it is not the value of the image, but the image giving it value.

So when Hebrews says Jesus is the exact imprint of the nature of God what is being communicated? Is it that of a reflection in the water? A mirror? Or an imprint on a coin?

“When, therefore, thou hear that the Son is the brightness of the Father’s glory, think this with thyself, that the glory of the Father is invisible until is shines forth in Christ, and that he is called the impress of his substance…Even the Substance of the Father is in a manner engraved on the Son” (Commentary on Hebrews)

Aside from this passage implicitly claiming the eternality of Christ, it is expressing that the Son is the exact imprint of the substance of God. Without conflating the persons, Christ has all the attributes of deity that the Father does-as does the Spirit; but different from the Spirit, Christ actually is an image for He became flesh.

Just a few years before Jerry Bridges died, I was at a conference he was speaking at, and the only thing I really remember from his message was this:

“Preach the gospel to yourself-everyday.”

The creator of the universe condescending to our level, to die for the sins of those who believe and enable them to believe to adopt them as children of the Father and co-heirs with the Son.

John Calvin, in his commentary on John, shows how Total Depravity and  Irresistible Grace logically (and obviously theologically) are inseparable. This is what Calvin had to say on the drawing that the Father does in John 6:

“It is not violent, so as to compel men by external force; but still it is a powerful impulse of the Holy Spirit, which makes men willing who formerly were unwilling and reluctant. It is a false and profane assertion, therefore that none are drawn but those who are willing to be drawn, as if man made himself obedient to God by His own efforts; for the willingness with which men follow God is what they have already have from Himself, who has formed their hearts to obey Him.” ~John Calvin (Calvin’s Commentaries Vol. XVII)

There is nothing inherent in our hearts that enables us to be drawn to the Father. It is completely His work; this work is a beautiful, glorious, and powerful act of grace. He is not dragging us, kicking and screaming into heaven. Rather, He calls us forth as Lazarus from the tomb, for when He says “Come forth!”, our heart of stone shatters into the dust of the fallen Adam, and a new man is born with a heart of flesh into the New Adam.

Center for the Study of New Testament Manuscripts

Giving a defense of the Christian faith, one relationship at a time

The Practical Intersection of Philosophy, Science and Everyday Life

A place where important conversations continue

Illuminating film through the lens of Scripture